New Tribalism: How to find your tribe and scale your business.

Let’s develop a case study and let’s work it out together. Well really, I’m gonna lead everything and you’re going to follow along but the good part is you get to take credit as if it were a group project in school.

Let’s talk about Bob’s Market and Pharmacy. Bob’s M&P is a completely made-up and fictional business that we’re going to use to build our case study around. We’re going to develop a synopsis, define their problem, and the outline steps to create a solution for their problem.

So, Bob’s M&P is located in a small up-and-coming neighborhood in Miami. Bob’s M&P was founded in 1997 by Robert Mendez, or Bob as he’s known. Bob’s is a local neighborhood, small box grocery store. Bob’s M&P sells produce, fast moving consumer goods (think hygiene products, paper towels, paper plates, etc.), and meats. Bob’s has been experiencing a decrease in sales for the past two years. Bob’s business used to do so well that his wife didn’t have to work full-time, she just helped him in the business part-time. However, sales have been slipping for the last two years and are now at a point where Bob’s wife has had to take on a full-time job and they have had to cancel some extracurricular activities for their children. Bob wants to know how he can improve his sales in the short-term, and develop a strategy for acquiring customers for the long-term?

And, we’re going to get to that part but before we do let’s talk about tribes.

At Learner Market Group, we’re focused on helping our clients find their tribe. In marketing speak, your tribe is the set of customers who have built an affinity for your company and your brand. They are a little better than the average customer because this customer is the easiest to acquire. They are the customers that we don’t have to work as hard for and they often cost the least to serve. Once we find these customers, we nurture our relationships with them and then try to get more people to join the tribe.

This idea of building a tribe is important because humans are tribal in nature. We build strong relationships with people who most resemble ourselves. Tribes used to only include people from our own racial background or the area or country where we are from. However, in this century tribes are built around much more individualistic and wide-ranging traits.

For example, if you are at a sporting event and everyone around you is rooting for the same team, then you all have formed a tribe. When one person in the section is rooting for the other team, your tribe bands together against that person despite your differences in backgrounds. That’s how tribalism works, and when we can harness tribalism to build our business we create powerful connections to our company that turns our customers into our best salespeople.

We form tribes for anything. People who watch Game of Thrones or the Walking Dead have formed their own tribes. People who love Starbucks are a tribe. To form a tribe, we only need to find the similarities between each other, and once we do that an in-group begins to form. Those members of the in-group identify each other by sharing information about their shared interest. They will also often isolate themselves from identified out-group members or those who intend to detract from the tribe by not sharing information with them until that person shows that they have an interest in joining the tribe. This shunning effect, coupled with the growth in the size of the tribe, peaks the curiosity of the out-group. So much that they show that interest very quickly, and eventually become group members who repeat the process.

Apple does this incredibly well. Many people think that Apple is a technology company that focuses on innovation. That’s not true, Apple is a technology company that focuses on design. Apple’s goal is not attempting to develop a product that is the first of its kind, they are interested in developing products that are the best in their class. Hence, they have adopted a “Second-to-market Strategy”, which means they take the products that are already on the market and redesign them to be better. When they redevelop those products they focus on ergonomics or human-centered design. Apple’s hope is that they have designed a product that feels like an extension of your hand and not just a product that you use to access the internet. They intend for the product to feel like you aren’t using anything to access whatever you are looking for but like you are using your own body. Their customers or their tribe loves great design and doesn’t care as much about innovation. Thus, they have built a tribe around innovation in design and customers rush to the store to get the latest version of their devices and will even make fun of Android users and have fierce debates in the name of the company. That is the power of a tribe!

Now how can we help Bob grow his sales? By building a tribe around his brand! One of the central problems of being located in an up-and-coming neighborhood is the number of new businesses and competition in the area however these people typically are not from the neighborhood. Bob has that advantage, he is already a member of the tribe, he already understands the in-group dynamics and preferences, and the tribe knows him by association His best approach would be to redesign the in-store experience for his customers to emphasize those underlying cues that indicate that his store is a place for the tribe by, the tribe.

What steps should we recommend to him?

Since the tribe that Bob is a part of is based on his neighborhood the following steps may represent his best strategy.

So these are the steps we would recommend to Bob and his team. This is just a basic template however, it does work. We’ve used this approach at LMG with many clients to achieve high return-on-investment projects. One caveat is that without using real data we can’t say if these exact steps will work for your business. To get these steps to work for you, you would need to find out what your core customer base (your tribe) needs and wants then deliver that to them. 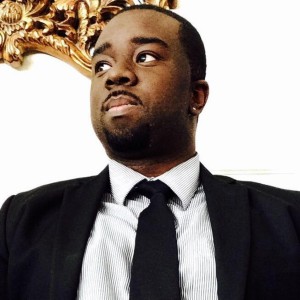 Daquan is a Management Consultant and has been in the industry for over 15 years. He helps clients with marketing strategy, data analytics, customer experience and operational efficiency.
On Key 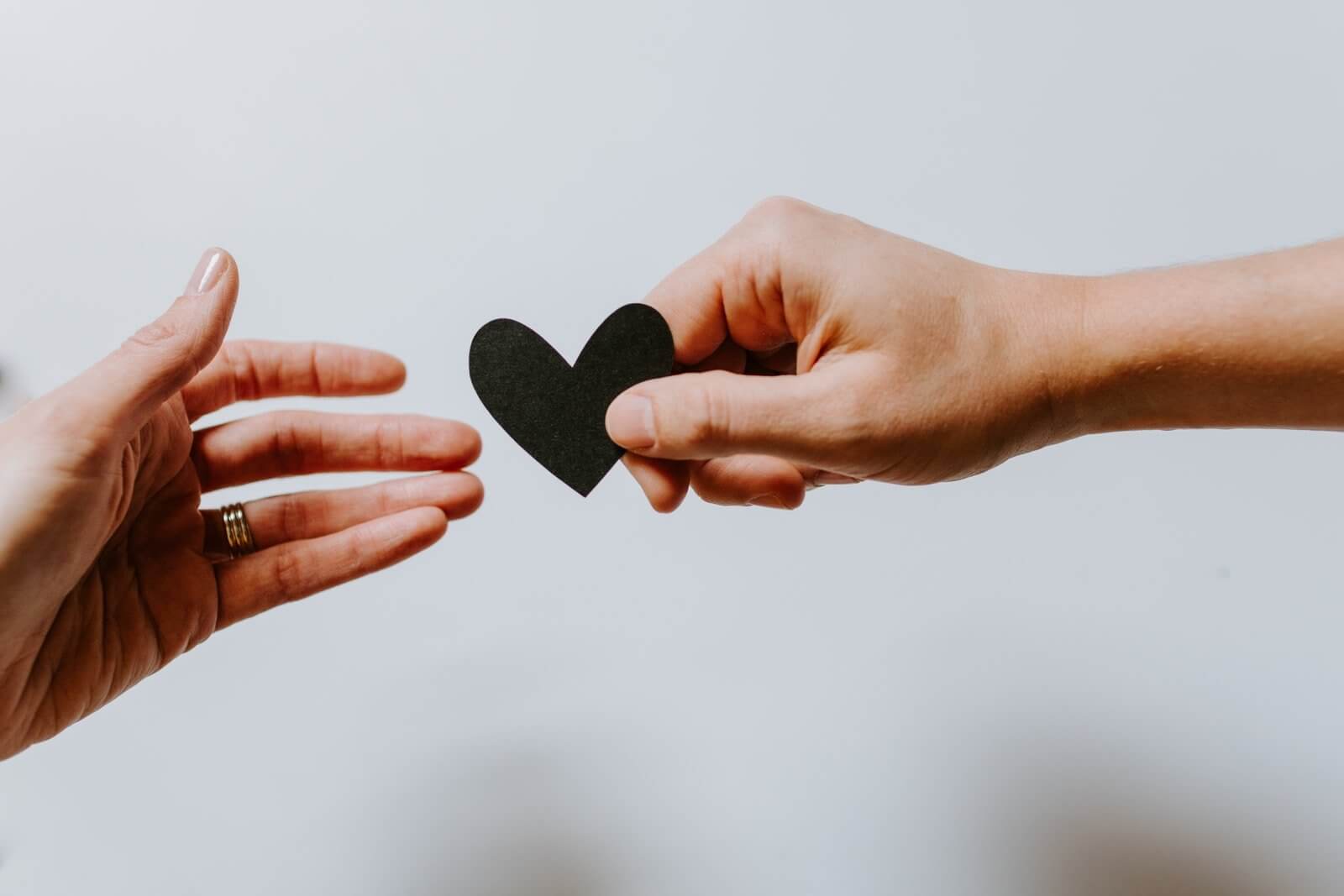 Word of Mouth Advertising: 5 Ways to get your Customers to Sell for you

Word-of-Mouth Advertising is the Holy Grail of marketing. It signifies a high level of Customer Satisfaction and it’s free. Marketing is expensive. In fact, it’s

Customer Focus Strategy: How to Play to your Audience

Customer Focus strategy is the first step to rapidly expanding your business. In a world where a customer can find anything they want at the

How to scale a business: Why you need to build a $20 million business

Asking How to scale a business is akin to the moment you open a 3000 piece puzzle. There’s no clear answer and there’s only a 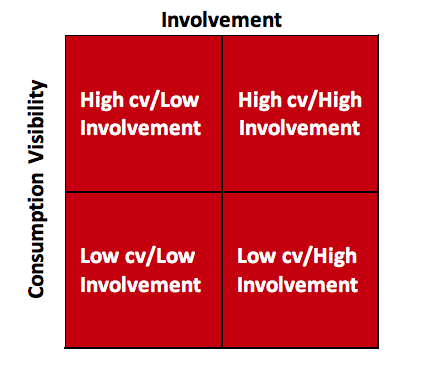 Over the course of my career, one of the first things I’ve encountered when meeting a business leader was their complaint about the lack of

If you’d like to learn more about how you can implement these strategies in your company, you book a call with our team.

This website uses cookies to improve your experience while you navigate through the website. Out of these cookies, the cookies that are categorized as necessary are stored on your browser as they are essential for the working of basic functionalities of the website. We also use third-party cookies that help us analyze and understand how you use this website. These cookies will be stored in your browser only with your consent. You also have the option to opt-out of these cookies. But opting out of some of these cookies may have an effect on your browsing experience.
Necessary Always Enabled
Necessary cookies are absolutely essential for the website to function properly. This category only includes cookies that ensures basic functionalities and security features of the website. These cookies do not store any personal information.
Non-necessary
Any cookies that may not be particularly necessary for the website to function and is used specifically to collect user personal data via analytics, ads, other embedded contents are termed as non-necessary cookies. It is mandatory to procure user consent prior to running these cookies on your website.
SAVE & ACCEPT